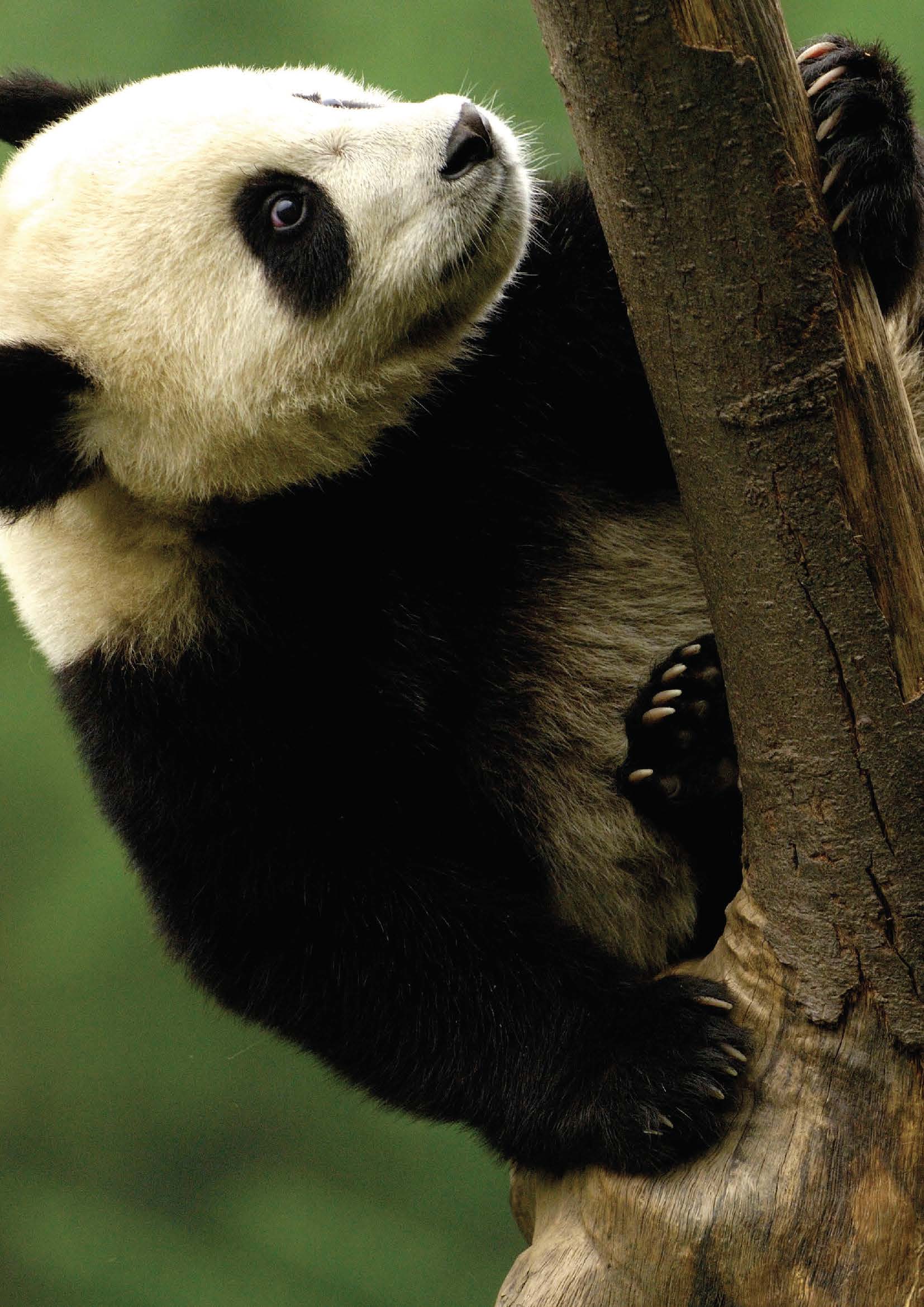 There are few animals on the planet more closely associated with the threats of habitat loss and extinction than giant pandas. So dire was the plight of the giant panda that in 1966 WWF chose it as the official symbol of its worldwide work to protect biodiversity and preserve wilderness.

Due to the destruction of their natural habitat by humans, numbers of this gentle bamboo-loving animal plunged as low as 1,200 in the late 1980s, putting the entire species in imminent danger of extinction.
Thankfully, hard work by conservation groups, including WWF, has helped pull the giant panda back from the brink. Formerly considered endangered, the species was reclassified as Vulnerable
on the International Union for Conservation of Nature’s Red List of Threatened Species in 2016.
However, there continue to be many threats to the ongoing survival of the species.

Known scientifically as Ailuropoda melanoleuca, giant pandas
are found naturally in temperate montane forests at altitudes of 1,500 – 3,000 metres in central China. Adults stand about 150 centimetres tall and typically weigh between 80 and 150 kilograms. Newborn panda cubs are only about 1/900th the size of their mothers making them among the smallest newborn mammals relative to their mothers in the world. Pandas have a short digestive tract, similar to that of a carnivore, but they have adapted to
a vegetarian diet of bamboos.

Panda populations were originally put under extreme pressure by the rapid destruction of their habitat by humans. After considerable effort, the number of panda reserves has grown significantly, giving the species a chance to recover from its perilously low numbers in the 1980s.
Reserves now protect nearly two-thirds of all wild pandas, as well as
large swathes of mountainous bamboo forests.
The results of China’s Fourth National Giant Panda Survey, conducted with help from WWF and released in 2015, suggest that there are 1,864 giant pandas in the wild. The giant panda is protected under Category 1 of the Chinese Wildlife Conservation Law of 1988.

What is WWF doing?

WWF is working to preserve the giant panda in a variety of ways
including helping nature reserves and forest farms in panda areas
to develop ecotourism management plans, to build tourist information
and environmental education centres and reduce the negative impacts
of tourism on these reserves. It is also encouraging sustainable pepper farming in areas where pandas roam as a way of reducing forest
destruction.
Another initiative is the use of motion-sensor cameras in Yele Nature Reserve in Sichuan. Such cameras uncover valuable information about pandas and their habitat which can be used to ensure they are
effectively protected.
WWF also trains local rangers to monitor pandas and restore habitat connections and helps local communities become less dependent on forest resources.