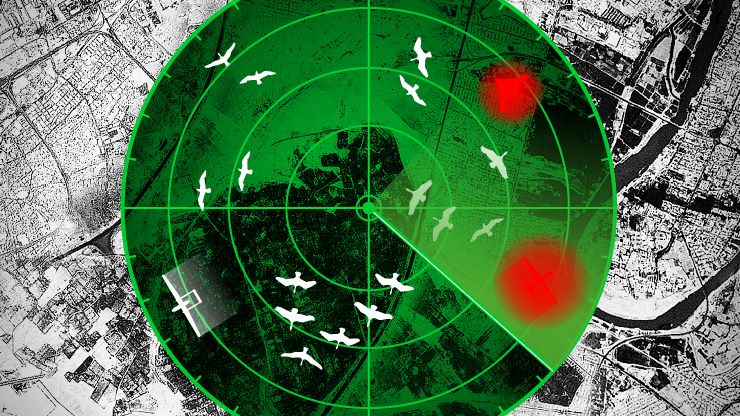 Advances in their ability to detect both UAVs and stealth-cloaked aircraft have placed Saab’s Giraffe surface radars in a class of their own.

When a conventional military aircraft enters the range of most radar systems, the speed at which it is travelling, its altitude, and its size all make it readily identifiable.

But when an unmanned aerial vehicle (UAV) does the same, the situation is less clear-cut. Because UAVs are typically small in size and fly at low altitude and at low speeds, most radar systems struggle to distinguish them from birds, presenting a real threat to troops and other assets in the vicinity.

Distinguish between UAVs and birds

Saab’s Head of Surface Radars, Anders Linder, says it was this threat that prompted the development of Saab’s Enhanced Low, Slow and Small (ELSS) system, a capability that enables the company’s Giraffe range of air surveillance and air defence systems to distinguish between UAVs and birds with remarkable accuracy. “In the past, you might have seen 100 objects on a radar screen, and 99 of them were birds and one was a UAV,” says Linder. “So, we studied the flight patterns and behaviour of birds and developed algorithms and software that made it possible to identify the UAV.”

Linder says with the enormous growth in UAV-use in combat situations – both for surveillance and delivering weapon payloads – Saab’s ELSS technology brings significant benefits to armed forces who possess it. “If you are a commander on a ship or on the ground in a combat zone, you want to know if you are being observed,” he says. “Similarly, if you are in a camp and people are attacking you with UAVS carrying gas or bombs, you want to be able to take them down. By combining ELSS-equipped radar with a weapons system, you can have that capability.”

Saab recently commenced serial production of the enhanced Giraffe range. Its Giraffe portfolio now includes the ground based long-range Giraffe 8A, as well as sea and land versions of the Giraffe 4A, the short-range Giraffe 1X and medium-range Giraffe AMB.

The ELSS function was successfully demonstrated at the UK-sponsored ‘Bristow 15’ trial in Scotland.

Read more on the ELSS trial.