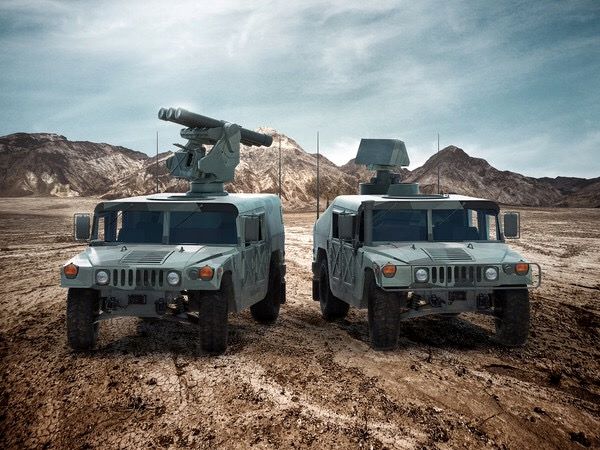 The global security environment is rapidly evolving. A defence strategy that proved highly effective just a few years ago can quickly be made obsolete by changes in technology, geopolitics and military strategy. According to Rickard Svensson, Director of Marketing and Sales for Ground Based Air Defence, that’s just what has happened with the ground-based air defence (GBAD) approaches taken by many western nations.

Gaps in the defence matrix

While the US and many of its allies have focused their GBAD efforts on long-range solutions designed to combat fighter jets and inter-continental ballistic missiles, smaller, more nimble aerial threats have quickly evolved, creating gaps in the defence matrix.

“The traditional threats like fighters, transports, helicopters and missiles are still there, but we’re seeing a new threat in really small combat unmanned aircraft systems (UAS),” says Svensson. “These don’t even have to be military, they could be adapted from civilian systems. They could weigh anything from between two and 20 kilograms, and they pose a significant threat.”

Svensson says the United States is among those players to have now recognised the need for improved short range (SHORAD) and very short range (VSHORAD) air defence, with the nation now looking to urgently to close this defence gap.

GBAD part of the solution

According to Svensson, as western nations move to improve their defences, it’s essential that they consider GBAD solutions that offer mobility and flexibility to combat the proliferation of the new threats.

“With a static system, the defence can only be in one particular place, but with a mobile solution, you can take it wherever you go and wherever it’s needed.”

Svensson says a great example of this is using mobile GBAD for national defence. “If you’re defending a large nation, it’s generally not possible to have static air defence units everywhere,” he says. “But a mobile solution allows you to transport the GBAD to where it will be most effective.”

Mobile GBAD also brings major advantages when armed forces are on the move. A true mobile system can be deployed at very short notice, providing outstanding situational awareness and cover on the move.

Svensson says with the majority of modern battles taking place in urban environments, mobile GBAD allow for air defence systems to be operated from vehicles and roof tops, providing the coverage needed in complex settings.

Learn more about our Ground Based Air Defence solutions here.