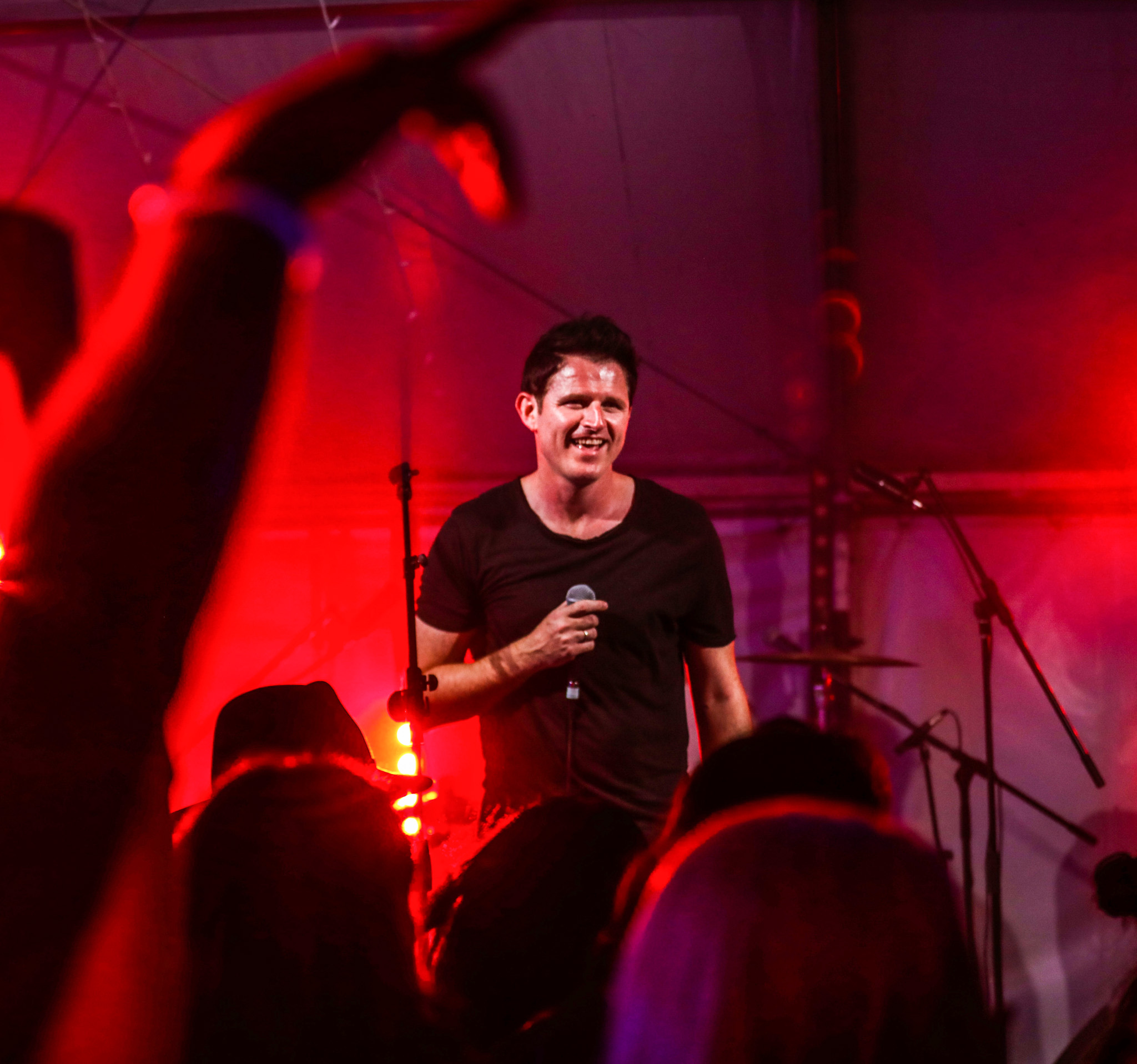 Excerpts from the Rock and Roll Team Building website:

Ciaran Gribbin is a Grammy-nominated songwriter and performer who, in addition to working with word class artists such as Madonna, U2, Paul McCartney, Snow Patrol and Al Pacino, has toured the world as the singer of INXS.

Ciaran was born during the Northern Ireland conflict and grew up in The Troubles.  As a young musician, he cut his teeth doing gig after gig in the tough bars of Belfast and Derry. During this turbulent time, Ciaran witnessed the bombs and bullets of sectarian violence and the paramilitary attacks that enflamed a divided society.

Ciaran’s first big break came in 2010 when he received a Grammy nomination for Madonna’s worldwide hit single Celebration, which he co-wrote with the American megastar and English producer Paul Oakenfold. Ciaran soon became a regular drawcard at music festivals around the world, including Brazil’s Rock in Rio. He has opened concerts for massive acts such as Paul McCartney, Crowded House, The Script and Gotye.

Just as his reputation as a performer kept growing, his career as a gifted composer continued to flourish. Ciaran has worked extensively as a songwriter for acts such as Groove Armada and Dead Mau5. He has also worked on multiple movie soundtracks, including writing all the songs for the U2-supported feature film Killing Bono.  This movie was released through Paramount Pictures with a Sony Music soundtrack album.

In 2011, Ciaran became the singer of the legendary Australian band INXS. He has toured extensively with INXS throughout South America, Europe and Australasia.

2015 ended with an Oscar shortlist nomination for Ciaran’s song Hey Baby Doll, which was sung by Al Pacino in the critically-acclaimed movie Danny Collins.

Ciaran is the founder of Rock and Roll Team Building and a founding member of the supergroup Stadium whose rock-star members have performed with giant acts such as Aerosmith, U2, Prince, Sting, INXS, Morrissey, Ringo Starr and many more.   He is available for keynote presentations and corporate entertainment.