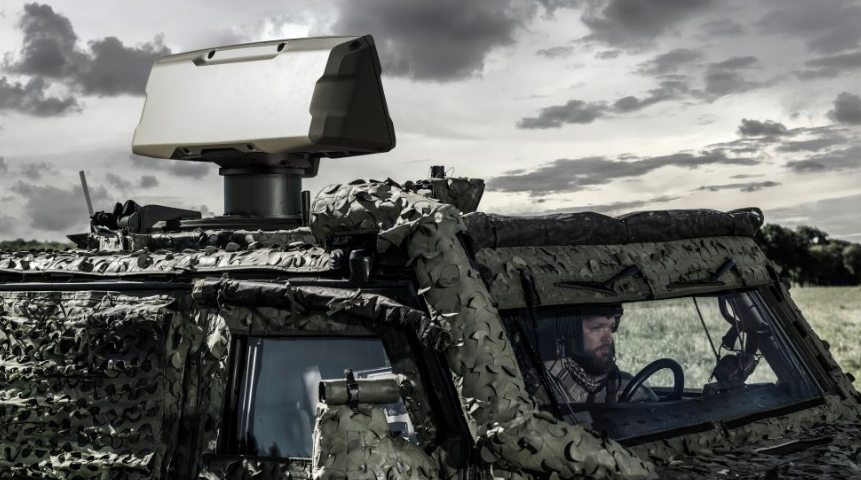 Giraffe 1X – agile protection for forces on the go

The pace of warfare is getting faster. Rapid advances in digital technology mean that split-second decisions made by troops in the field can mean the difference between the success of a mission and a devastating failure. Saab’s Giraffe 1X, which is on contract and in production, provides mobility and situational awareness even in inaccessible and remote environments.

“Technology has got to the point where as soon as modern troops begin any sort of transmission, they expose themselves and can expect a threat to start coming in their direction,” explains Rickard Dalsjö, Product Manager at Radar Solutions within business area Surveillance. “In some situations, they can’t afford to be in the same position for more than a matter of seconds.”

Under such conditions, being able to instantly gain situational awareness and then move on is a game changer. This is one of the reasons that Saab developed its Giraffe 1X radar system. Capable of being carried in a 4×4 vehicle, it provides powerful situational awareness on land and at sea and can be switched on and off in an instant.

One of Giraffe 1X’s key usage area is naval applications where it can enhance awareness for a broad range of vessels. “Giraffe 1X radar is very useful for smaller ships where it can provide outstanding short-range radar performance,” explains Dalsjö. “But it also has applications on larger ships as either a redundancy system or to fill close-range radar gaps. Combining Giraffe 1X with the powerful long-range radar used on such ships provides an excellent situational awareness capability.”

The Giraffe 1X radar can also play a key role in ground-based air defence. Dalsjö explains that with many conflicts now occurring in for example complex urban terrains, ground troops need to be agile and to be able to respond rapidly to threats. While other ground-based radar systems often weigh in at 1.5 tonnes and require a truck for transport, the Giraffe 1X system weighs just 150 kilograms and can be carried by a conventional vehicle. No single component weighs more than 60 kilograms, meaning the system can be used from a vehicle or quickly relocated using manpower. “In urban warfare situations, you can deploy it within minutes to the rooftop of a building or somewhere similar and the personnel and the vehicle will be well protected somewhere on the ground,” says Dalsjö.

Despite its small size, the Giraffe 1X packs a big punch in terms of performance. With its mast extended, it can detect large aircraft at a distance of up to 100 kilometres and is well suited to detecting incoming missiles and mortars. The Giraffe 1X also boasts Saab’s Enhanced Low, Slow and Small (ELSS) functionality, which means that it can detect and classify objects as small as hobby store drones at vast distances.  It can also distinguish the drones from birds, which have very similar movement patterns.

Giraffe 1X has also attracted considerable interest from other sectors. Dalsjö explains that the performance and relative affordability of the system mean that it is now being considered by a number of airports worldwide as a part of their anti-drone strategy. “It also has potential uses for embassies in certain parts of the world,” says Dalsjö.

Dalsjö explains that Giraffe 1X is designed to be economical across a long lifespan. The system is modular, meaning that components can be easily replaced and upgraded when better alternatives become available. “This means that the system will not only be kept alive, but modernised and improved,” Dalsjö concludes.