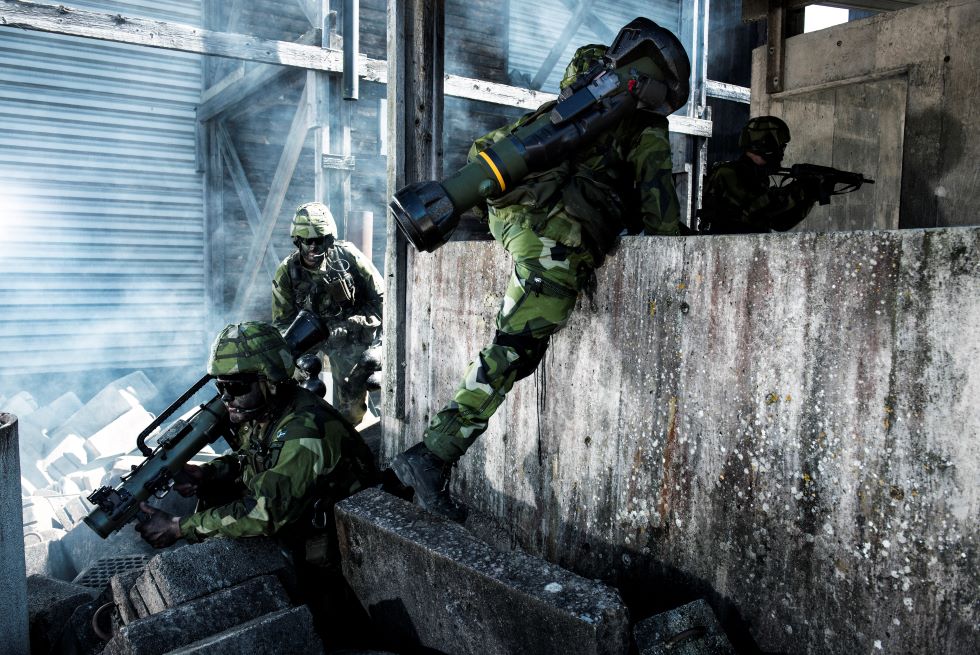 The role of main battle tanks (MBTs) in armed conflicts is rapidly evolving.Where tanks once tended to be called on to support the advance of the infantry, they are increasingly being used in complex environments like city centres to provide combat support for dismounted troops. At the same time, tank sensors, countermeasures and armaments are becoming increasingly sophisticated, making them formidable combat weapons.
“In conflicts like Syria, we are seeing tanks advance and fire against buildings where the enemy is located,” says Lars-Örjan Hovbrandt, Manager of Technical Sales Support for Ground Combat within Saab Dynamics. “They are destroying whole buildings at a time and providing a way for forces to advance with some protection. If you don’t have an effective anti-tank weapon, then you have to spend a lot of time and energy finding other solutions.”

Hovbrandt says the combination of these new MBT tactics and increased geopolitical instability means that many European nations are now looking for a solution to tip the balance back in favour of defending forces. “The focus now isn’t so much on international missions to Iraq or Afghanistan,” he says. “Many nations are now thinking about taking care of Europe and their own countries.”
Saab’s New generation Light Anti-tank Weapon (NLAW) provides a game-changing solution for defending against tanks in complex environments. Man-portable and weighing just 12.5 kilograms, it has a range of between 20 and 800 metres and a warhead capable of stopping MBTs in their tracks. The system is currently being used by armed forces from the United Kingdom, Sweden, Finland, Luxembourg and will soon be rolled out by Switzerland.
Hovbrandt explains that one of the great advantages of NLAW is its ease of operation and portability. A typical soldier can be taught to use the system in an hour, and a single operator can fire the system. This allows NLAW operators to disperse through the conflict zone and fire on tanks from just about anywhere. “With anti-tank platoons, the tank operator or a UAV can identify the platoon and take it out,” says Hovbrandt. “But it’s far harder to locate, identify and neutralise a single soldier.”

Another key advantage is that NLAW doesn’t use active target seeking, instead relying on ‘predicted line of sight’ targeting. “If you have an active seeker, the target will detect this and deploy countermeasures,” says Hovbrandt. “But the NLAW system is passive.  Optical sensors detect the target and magnetic sensors rule out countermeasures and the missile hits the correct target.”
NLAW offers operators a choice of two firing modes. Direct Attack is best used on soft targets such trucks, buses and helicopters. Overfly Top Attack, on the other hand, involves the missile flying to a metre above a tank’s hatch and unleashing a powerful downwards attack on the most vulnerable part of the MBT.
Yet another useful feature is the ability to select thedistance at which the missile arms itself. “Say you are in complex terrain where a number of vehicles have been hit and you have a burning vehicle 50 metres in front of you and the true target is 150 metres away,” says Hovbrandt. “You just switch over the arm distance to 100 metres. The missile will fly blind over the first target and then start looking for the target.”