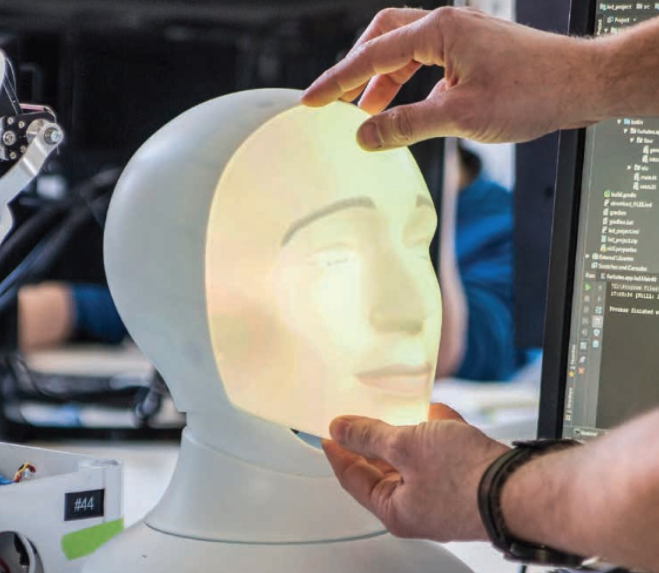 From improved diagnosis of disease to a helping hand in solving environmental problems, artificial intelligence or AI is set to revolutionise the way we live.

In director Steven Spielberg’s 2001 film AI, humanity is served by smart robots who look, walk and talk just like real human beings. Imbued with artificial intelligence or AI, these clever androids ponder the meaning of life when they’re not working.

While we’re a long way from that kind of scenario just yet, the world is currently on the cusp of an artificial intelligence boom. Increasingly sophisticated computers are exhibiting human-like problem solving abilities in certain areas of operation, with some actually learning from their mistakes to get better.

“We are just in the infancy of the AI disruption,” says Martin Ford, a futurist and author of the 2018 book, Architects of Intelligence: The Truth about AI from the People Building It. “But we’re already seeing amazing things. In the area of machine learning, for example, we have algorithms that look at data and essentially program themselves. No-one tells them what to do step by step – they basically figure things out for themselves.”

While definitions vary, AI is usually characterised as a computer system that is capable of performing tasks that would normally require human intelligence. So-called ‘Narrow AI’ is where this intelligence is used for specific functions, such analysing data or running industrial applications. ‘General AI’ is more of a pipedream and would involve computers being able to reason in a totally human-like fashion and perhaps even become sentient and self-aware.

So, what innovations does the field promise in key areas of life over the next 10-20 years?

Martin Ford says while robotic doctors and nurses won’t be making an appearance any time soon, AI will have a major impact on the health sector in the coming years. One promising application is analysing radiology scans for signs of cancer and other disease – something AI may soon be able to do better than human doctors. “I think very soon you will radiologists reading a scan, but it will also be run through a machine. If the two opinions don’t agree it will mean further tests are needed.” Ford also believes AI drug-dispensing systems already in use will become more widespread.

Thomas Frey, a futurist who runs the Davinci Institute think-tank in the US state of Colorado, believes AI’s ability to analyse massive swathes of data will greatly expand our understanding of our bodies and the ailments that plague them. He believes, for example, that AI will help unlock the secrets of the gut biome, with benefits for physical and mental health.

Many experts predict wearable diagnostic devices powered by AI will help monitor human health, and Frey believes this will open the way for embedded devices. “We might eventually be able to engineer depression and sadness out of people, and some of the other extreme emotions people have,” he says

Robots have long been a fixture in the industrial setting and both Frey and Ford expect AI to make these devices considerably smarter in the coming years.  Frey expects to see AI-powered robots increasingly stepping into roles that place humans at risk. “They might be used to do the repair work on windmills that are 400 feet up in the air or to scan power lines or to work on blast furnaces,” he says.

Ford sees a not-too-distant future where AI-powered machines replace the majority of manufacturing and industrial jobs. “I think they’re going to become far more efficient and we’re going to enter an end game where they will begin to eliminate a lot of the jobs that so far have been safe for people,” he says.

Other industrial AI applications are likely to include improved manufacturing processes, increased human robot collaboration on the factory floor, and greater use of smart sensors that advise operators when maintenance on a device is required.

Both Ford and Frey agree the ability of AI to manage huge data sets will see it play a major role in helping human beings to manage our environmental challenges. “AI is going to be one of our most important tools for scientific research and for development,” says Ford. “You can already find instances of people beginning to use artificial intelligence in climate change studies and I think it will be an important tool for developing new forms of clean energy.”

Frey sees AI being used to develop methods to reduce pollution. “AI can help when you have a trillion data points to sort through. That’s something that no human sitting with a calculator can do.”

But what are the limits of AI and is there a danger that it may one day become too intelligent?  Ford says the experts he interviewed for his book gave estimates of between 10 and 200 years before AI begins to approach human like levels of intelligence, with the average guess being about 50 years. With so many unknowns, it’s impossible to say right now how smart the technology will eventually become.

Frey, meanwhile, says while human beings may try to subvert AI for malicious purposes, he can’t see a time when AI turns on us like HAL, the self-aware computer in 2001: A Space Odyssey. “In my mind that scenario fails the ‘why’ test’” he says. “Why would it do that? To me there’s no inherent motivation for that to happen.”